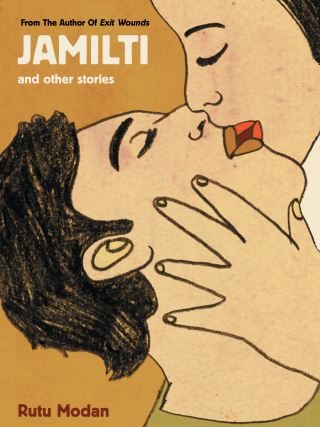 Exit Wounds — a tale at once mystery and romance — introduced North American readers to the colorful and tightly woven narrative by Rutu Modan and was included in Time and Entertainment Weekly's "best of" lists. Jamilti and Other Stories collects the cartoonist's short works that lead the reader through unexpected turns of plot and unusual character portraits. Some are darkly fantastical and unsettling, such as the unraveling of a serial-killer murder mystery, or her accounts of an infatuated plastic surgeon and his sanitarium, and a mother back from the dead with dubious healing powers. Others are more attuned to surprising discoveries that shape personal identity, as in the story of a tragic past that lies within a family's theme hotel, or that of a struggling musician who hopes an upcoming gig will be his big break. In "Jamilti," Modan addresses political violence with a suicide bombing that shakes up a day in the lives of a young couple.