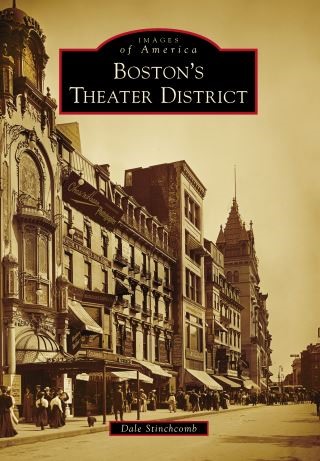 Downtown Boston once thrived as a dazzling bohemia of burlesque halls, movie palaces, dime museums, and regal stages. By 1915, more than 20 theaters crowded along a quarter-mile stretch of lower Washington Street. The theater district gave birth to vaudeville and incubated some of America's most darling musicals and daring new dramas en route to Broadway. Theatergoers flocked to Tremont and Boylston Streets to watch the latest tryouts. Some productions flopped; others, like Oklahoma! and Paul Robeson's Othello, were runaway hits. Still others earned the coveted seal of disapproval, "Banned in Boston," from zealous city censors. Overrun by seedy venues in the 1970s, the Combat Zone, as it came to be known, seemed to justify old Puritan fears that the stage would corrupt public morals. Only in recent years has the district rebounded through careful restoration of storied playhouses like the Boston Opera House, the Majestic, and the Colonial--grand vestiges of a booming cultural corridor still vibrant today.

Dale Stinchcomb: Dale Stinchcomb has drawn heavily on Boston-area libraries to illuminate the city's theatrical past, including the Harvard Theatre Collection, where he is assistant curator of one of the oldest and largest performing arts collections in the world.