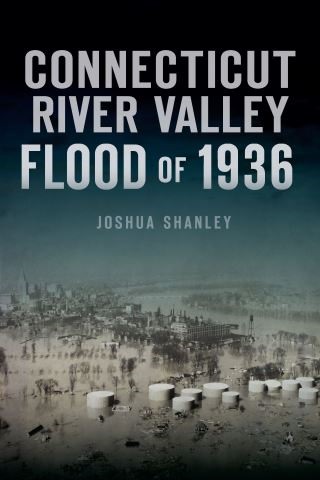 In the beginning of the twentieth century, the Connecticut River Valley was a thriving manufacturing hub for fabric, arms and brass. But early in the spring of 1936, nearly two feet of rain created havoc on a massive scale, killing more than one hundred people and leaving tens of thousands homeless, unemployed and without power for weeks. Patrols were conducted in rowboats on city streets. Typhoid and other public health issues complicated recovery efforts. Adjusted for today's standard, damage estimates exceeded $9 billion, and the flood helped launch FDR's Flood Control Act of 1936. Dams, reservoirs and dikes were constructed to control future flooding. Much of that system now remains in place but has gone largely unmaintained. Author Josh Shanley recounts the greatest flood in New England history and examines the potential for future floods.

Joshua Shanley: Josh Shanley has worked in emergency services since 1989 and during that time has had the opportunity to support several special operations teams as a tactical medic and rescue technician. He served as a canine handler with the FEMA Urban Search and Rescue Task Force (Massachusetts Task Force 1) and participated in the response to the World Trade Center attacks both in 1993 and in 2001. He completed a master's degree in emergency management in 2005 and during the years that followed chaired various committees with a focus on public health and healthcare preparedness and emergency management. He ran a consulting practice for five years, working with hospitals around the country on a variety of scenarios, including flu pandemic and full building evacuation planning. In 2008, he earned an MBA in entrepreneurial thinking and innovative practices and, most recently, just completed a master's degree in education. He has been a firefighter/paramedic with Northampton Fire Rescue since 2009 and the media project lead for the Massachusetts Fire Academy, where he builds online classes and shoots photos and video of the Massachusetts State Police Bomb Squad, Hazardous Materials Response Unit and Technical Rescue Teams. He has lived and worked along the Connecticut River since 1995.