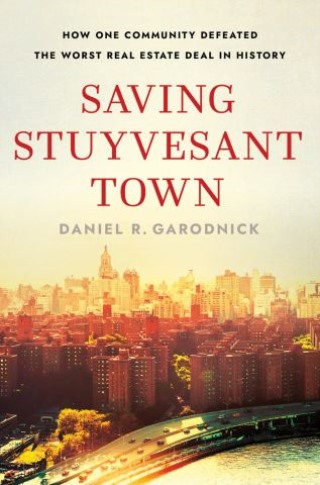 How One Community Defeated the Worst Real Estate Deal in History

In 2006, Garodnick found himself engaged in an unexpected battle. Stuyvesant Town was built for World War II veterans by MetLife, in partnership with the City. Two generations removed, MetLife announced that it would sell Stuy Town to the highest bidder. Garodnick and his neighbors sprang into action. Battle lines formed with real estate titans like Tishman Speyer and BlackRock facing an organized coalition of residents, who made a competing bid to buy the property themselves. Tripped-up by an over-leveraged deal, the collapse of the American housing market, and a novel lawsuit brought by tenants, the real estate interests collapsed, and the tenants stood ready to take charge and shape the future of their community. The result was a once-in-a-generation win for tenants and an extraordinary outcome for middle-class New Yorkers.

Garodnick's colorful and heartfelt account of this crucial moment in New York City history shows how creative problem solving, determination, and brute force politics can be marshalled for the public good. The nine-year struggle to save Stuyvesant Town by these residents is an inspiration to everyone who is committed to ensuring that New York remains a livable, affordable, and economically diverse city.

Daniel R. Garodnick is the former New York City Council Member representing the East Side of Manhattan. He now serves as President & CEO of Riverside Park Conservancy. Follow him on Twitter @dangarodnick.