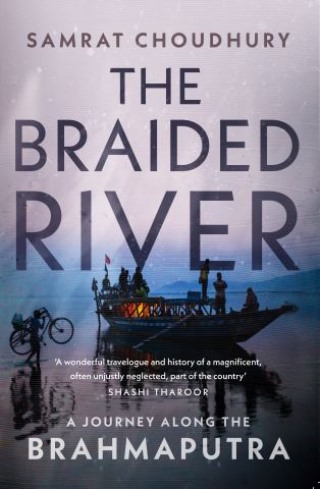 A Journey Along the Brahmaputra

The Brahmaputra is by some margin the largest river in India. After its confluence with the Ganga in Bangladesh, it becomes the largest in Asia. In The Braided River, journalist Samrat Choudhury sets out to follow its braided course from the edge of Tibet where it enters India down to where it meets the Ganga at a spot marked by the biggest red light district in Bangladesh. Along the way, he meets suspicious Indian spies, gets packed off on the back of a cement truck by soldiers, visit a shelter home for baby rhino and elephant orphans in Kaziranga, and hops from river island to riverside town meeting the locals. The tales of these encounters spice up a story that weaves in the history of the emergence of the border between India and China in Arunachal Pradesh, the formation of the Assamese identity -- a matter of great contemporary relevance owing to the National Register of Citizens and the Citizenship (Amendment) Act -- and the ecological challenges posed by proposed dams.

This is a genre-bending book that touches upon several hot-button issues -- environmental, military and political -- as it blends travel, memoir and history with the present.

Samrat Choudhury is a journalist and author. He has edited daily broadsheet newspapers in Mumbai, Delhi, Bengaluru and Chandigarh. He is co-editor of Insider/Outsider: Belonging and Unbelonging in North-East India. The Urban Jungle, a modern interpretation of Rudyard Kipling's classic, was his first novel. He grew up in Shillong during the troubled 1980s and has remained engaged with the Northeast's issues throughout his professional life.