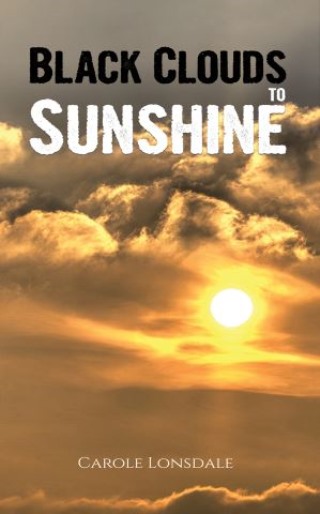 These poems are the author’s way of expressing her feelings and thoughts, and a way of coping with mental illness experienced by herself and her family. By putting her thoughts into poems, some sad and some funny, it gives her a sense of belief.
She hopes this experiment of hers will help others out there, knowing there is a way to relieve the pressure of anxiety by putting pen to paper and writing about those pent-up thoughts.

Carole Lonsdale: Born in Solihull, West Midlands, to a Scottish mother and English father, the author recalls being taken to Scotland to stay with her nana as a child. Her father was captured at Arnhem and taken to a prisoner-of-war camp where he was held for nine months. When he was released, he made his way back to England and was sent to recoup in a hospital in Wales. The author was brought back to England to start school at five years of age.
In her later years, she trained as a hairdresser, got married, had two children, both with a very rare condition that has no cure. Her son passed away after experiencing years of mental health issues through panic and anxiety attacks.
This is why mental health, to her, is so important!