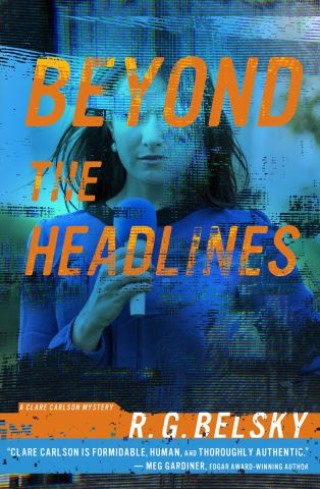 Laurie Bateman was living the American dream. Since her arrival as an infant in the U.S. after the fall of Saigon, the pretty Vietnamese girl had gone on to become a supermodel, a successful actress, and, finally, the wife of one of the country's top corporate dealmakers. That dream has now turned into a nightmare when she is arrested for the murder of her wealthy husband.

New York City TV journalist Clare Carlson does an emotional jailhouse interview in which Bateman proclaims her innocence—and becomes a cause celebre for women's rights groups around the country.

At first sympathetic, then increasingly suspicious of Laurie Bateman and her story, Clare delves into a baffling mystery which has roots extending back nearly fifty years to the height of the Vietnam War.

Soon, there are more murders, more victims, and more questions as Clare struggles against dire evil forces to break the biggest story of her life.

While all of the novels in the Clare Carlson Mystery Series stand on their own and can be read in any order, the publication sequence is:

Yesterday's News
Below the Fold
The Last Scoop
Beyond the Headlines

R. G. Belsky:
R. G. Belsky is an author of crime fiction and a journalist in New York City. He has been a top editor at the New York Post, NY Daily News, Star Magazine, and NBC News. Beyond the Headlines is the fourth novel in his award-winning Clare Carlson series, following Yesterday's News, Below the Fold, and The Last Scoop. Belsky resides in New York City.