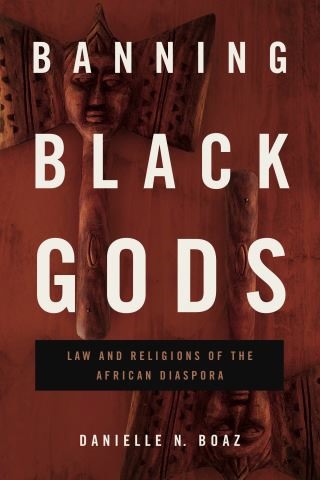 Law and Religions of the African Disapora

Emphasizing that these twenty-first-century cases and controversies are not a new phenomenon but rather a reemergence of colonial-era ideologies and patterns of racially motivated persecution, Boaz focuses each chapter on a particular challenge to Black religious freedom. She examines issues such as violence against devotees, restrictions on the ritual slaughter of animals, limitations on the custodial rights of parents, and judicial refusals to recognize these faiths as protected religions. Boaz introduces new issues that have never been considered as a question of religious freedom before—such as the right of Palo Mayombe devotees to possess remains of the dead—and she brings together controversies that have not been previously regarded as analogous, such as the right to wear headscarves and the right to wear dreadlocks in schools. Framing these issues in comparative perspective and focusing on transnational and transregional issues, Boaz advances our understanding of the larger human rights disputes that country-specific studies can overlook.

Original and compelling, this important new book will be welcomed by students and scholars of African diaspora religions and discerning readers interested in learning more about the history of racial discrimination