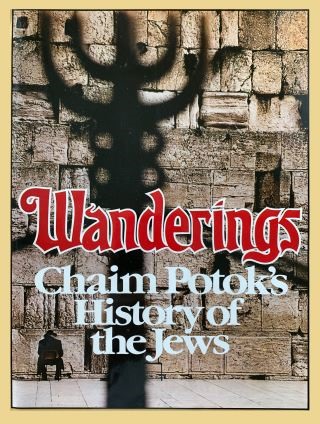 A fascinating history of the Jews, told by a master novelist, here is Chaim Potok's fascinating, moving four thousand-year history. Recreating great historical events, exporing Jewish life in its infinite variety and in many eras and places, here is a unique work by a singular Jewish voice.

Chaim Potok: Chaim Potok was born in New York City in 1929. He graduated from Yeshiva University and the Jewish Theological Seminary of America, was ordained as a rabbi, and earned his PhD in philosophy from the University of Pennsylvania. He also served as editor of the Jewish Publication Society of America. Potok’s first novel, The Chosen, published in 1967, received the Edward Lewis Wallant Memorial Book Award and was nominated for the National Book Award. He is author of eight novels, including In the Beginning and My Name Is Asher Lev, and Wanderings, a history of the Jews. He died in 2002.