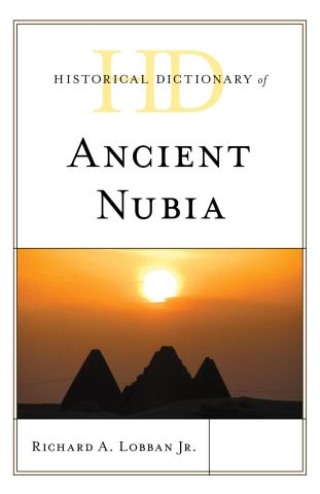 This new book descends from a former combined reference book on Ancient and Medieval Nubia but now expands and focuses primarily on Prehistoric and Ancient times. It contextualizes the foundational roots of human evolution in the Paleolithic and Mesolithic stone ages and on to the Neolithic revolution built on farming and livestock. Meanwhile, Kerma was the most ancient African states and their relationship with dynastic Egypt. Precisely, ancient Kerma a was a serious political, economic and military rival to Old and Middle Kingdoms of Egypt. But in the New Kingdom the balance of regional forces was dramatically changed with Egyptians defeating Kerma and occupying and colonizing Kush/Nubia for 500 years. In the 11th century BCE the political unity of Egypt withered away and after recovering from foreign exploitation, Nubians began to reconstitute a small state at Kurru with renewed pyramid building and then finding no Egyptian resistance, these Nubians kings advanced on Egyptian Nubia and then on to Upper Egypt. Finally, Nubians were able to take over all of Egypt as the pharaohs of century-long Dynasty XXV. This so-called ‘Ethiopian” dynasty had the famed pharaohs of Piankhy, Shabaka, Shabataka, Taharka and Tanutamun ruling for various terms, three of who are mentioned in the Biblical Old Testament.

Even when Nubians were expelled from Egypt by foreign Assyrian invaders, they retreated to Napata to carry on their ancient state for three more independent centuries as Egyptian remained conquered by various foreigners for 2,500 years. Most notable of these foreign conquers of Egypt were the Greeks (Ptolemies) and the Roman (who arrived and polytheists and left as Christians. During this Greco-Roman period in Egypt, Nubians strategically withdrew still further south to the Kingdom of Meroë (from the 4th century BCEE to the 4th century CE. Meroe is also covered in great detail as it was famed for many regnant queens, a unique and undeciphered writing system, iron-production and important monumental works including more pyramids than found in Egypt, Yes, smaller and later but many more pyramids that are still standing in several World Heritage sites in Nubia. After Meroë began a long decline it was finally vulnerable to attack from Christian Axum on the 4th century CE. Two murky centuries of regional rule, known as the X-Group were to follow, but by the 6th century Nubians recreated three Christian states that are covered in detail in the following Historical Dictionary of Medieval Christian Nubia and the Historical Dictionary of Sudan for Islamic and modern times.

Richard A. Lobban, Jr. is a professional Africanist anthropologist (BS, Biology, Bucknell; MA, Anthropology, Temple; PhD, Anthropology, Northwestern). His MA on Oshogbo Yoruba has made him an ‘official’ Yoruba Elder. His doctoral research from 1970-1972 was on modern Mahas Nubians in Sudan. In 1981 he was a co-founder and first President of the Sudan Studies Association. Dr. Lobban has worked and published in all fields of holistic anthropology including the social anthropology and the ethnography of Sudan; physical anthropology of human and animal remains; linguistics of ancient and modern Nubian languages and, archaeology with active Meroitic field excavations at Musawwarat es-Sufra and Abu Erteila.