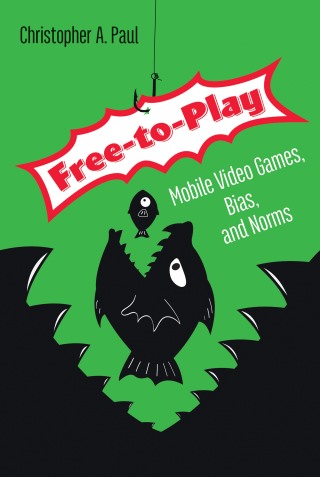 An examination of free-to-play and mobile games that traces what is valued and what is marginalized in discussions of games.

Free-to-play and mobile video games are an important and growing part of the video game industry, and yet they are often disparaged by journalists, designers, and players and pronounced inferior to to games with more traditional payment models. In this book, Christopher Paul shows that underlying the criticism is a bias against these games that stems more from who is making and playing them than how they are monetized. Free-to-play and mobile games appeal to a different kind of player, many of whom are women and many of whom prefer different genres of games than multi-level action-oriented killing fests. It's not a coincidence that some of the few free-to-play games that have been praised by games journalists are League of Legends and World of Tanks.

Christopher A. Paul: Christopher A. Paul is Professor in the Communication and Media Department at Seattle University. He is the coauthor of Real Games: What's Legitimate and What's Not in Contemporary Video Games (MIT Press).